Direct Selling Industry Gets A Boost On ‘Ease Of Doing Business’ Now In India. 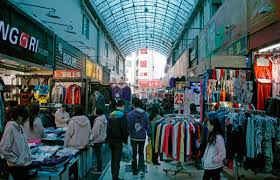 Direct Selling Industry Gets A Boost On ‘Ease Of Doing Business’ now in India.

The Direct Selling Guidelines issued by the Ministry have been a huge step forward for the industry which has been reeling under the pressure of a regulatory vacuum for a long time. It has come as a major respite for companies in the sector which have been facing some problems with reference to their business models coming under the scanner. But the new regulation will boost the industry going forward.

Enlisting the achievements and initiatives taken by the Ministry of Consumer Affairs, Food & Public Distribution in last three years, Ram Vilas Paswan, Union Minister for Consumer Affairs, Food & Public Distribution reiterated in a press note that guidelines for direct selling were issued after detailed deliberations by an Inter-Ministerial Committee with the intention of facilitating `Ease of doing business’. The guidelines are in the form of an Advisory to State Governments and provide transparency, ease to consumers and establishing a grievance redressal mechanism for consumers.

Thanks to the new Direct Selling Guidelines, the overall business environment will improve, making it viable for direct selling companies and direct sellers to do fair business, and in the long run, ambiguity surrounding this industry will finally be clarified.

Growth slows for direct selling industry as it loses its biggest strength. 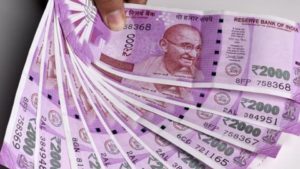 New Delhi: Direct selling companies in India are losing their biggest strength—people—and this has resulted in growth slowing to below 5% in 2015-16 from more than 22% five years ago, according to a study by lobby groups Indian Direct Selling Association (IDSA) and PHD Chamber of Commerce and Industry.

In 2012-13, companies engaged in direct selling in India had a total of 5.7 lakh people directly associated with them, which has dropped to 4 lakh in 2015-16, the study said, adding that the rate of revenue growth had also declined.

“Lack of proper regulation and slowing economy are the key reasons,” said S.P. Sharma, chief economist, PHD Chamber of Commerce and Industry. “Though the Industry has registered a decline in growth rate 2015-16 as compared to the previous year, the situation is expected to improve, especially after the central government issued the direct selling guidelines 2016,” Sharma added.

The direct selling industry, which had been lobbying for a separate regulation, only got the regulations late last year that excluded direct selling firms like Amway India Enterprises Pvt. Ltd, Tupperware Brands Corp. and Oriflame India from the purview of Prize Chits and Money Circulation Schemes (Banning) Act 1978.According to the new regulations, such companies should stop charging entry or registration fee from their agents or direct sellers, ensure buy-back of unsold stocks and avoid pyramid schemes.

Vivek Katoch, vice chairman at IDSA and director (corporate affairs) at Oriflame India, agrees. “There was no regulatory clarity and some enforcement agencies had taken action against some companies. That is why the industry has been seeing a downfall especially in south India. Post the guidelines, there has been a rise in the number of direct sellers. This year, we have seen a positive growth,” added Katoch.

for direct selling companies. The industry’s revenue stood at Rs7,958 crore a year ago.

A different study by lobby group FICCI and consulting firm KPMG, released on 30 November 2016, said the industry has the potential to reach Rs64,500 crore in revenue by 2025 with the right policy stimulus.

According to the Direct Selling Association of South Africa, this succesful sector provides jobs for 1.1 million independent business owners, which is increasing by over 13% annually. It contributes more than R11 billion in sales to the South African economy and revenue is anticipated to grow by at least 7% this year.

“Direct selling is tried-and-tested and remains as relevant today, in the age of social media, big data and digital marketing, as it ever was,” says Ernest du Toit, chairman of the Direct Selling Association. He is someone who should know, having effectively grown one of South Africa’s most successful beauty brands almost entirely through direct sales.

“Instead of banging out tons of information on digital platforms and passively waiting for the sales to happen, direct sellers actively follow up on leads, make sense of swathes of information for consumers and provide the personal touch that many brands advertise but don’t deliver.”

From a business perspective, direct selling also has some distinct advantages. Research proves that up to 57% of purchase decisions around beauty and health products are made based on personal endorsement.

Another benefit is that unlike retail outlets, direct selling is not restricted to specific locations, but can extend as far as a salesperson can travel or deliver the product. It is also an effective way for businesses to extend their reach to rural areas without huge capital outlay, costly infrastructure and fragmented marketing campaigns.
While the numbers and business opportunities may appear compelling, sceptics will argue that direct selling’s image problem trumps these.

Du Toit concedes that while some bygone practices, a lack of training and occasional instances of unprofessional behaviour have contributed to this perception, he is adamant that in South Africa, the DSA has over many years, got the house in order.

An independent direct selling administrator enforces the DSA’s stringent Code of Conduct to which all its current 36 members must abide.

As well as defining ethical sales practices, providing recourse and redress for consumers and sanction for non-compliant members, amongst other provisions, the code also requires members to provide comprehensive training, both in acceptable sales methods and product knowledge.

“The Code sets the standards for member companies, the direct sales agents to whom they offer the business opportunity as well as the relationships between the parties – and it is tough. It exceeds existing legal requirements and has been aligned with the Consumer Protection Act.”

“However, there is more to building consumer confidence and enhancing the reputation of the sector than by waving a big stick.”

Together with the University of Johannesburg, the DSA has co-developed a work-integrated learning project to provide practical experience for students studying personal selling and sales management.

The project not only seeks to enhance students’ employment prospects when they complete the course, but also how to establish and grow their own direct selling businesses.

“It has the dual benefits of enhancing standards and professionalism in the industry and encouraging the establishment of micro, small and medium businesses in a growth sector of the economy.”

Since inception, more than 14,000 student have benefited from the programme, have made sales exceeding R22m and have earned more than R8m.

“The DSA has taken on a lot: setting rigorous standards, enforcing these, providing succour for consumers, improving training, challenging outdated perceptions and enhancing the sector’s reputation, all while reinforcing the benefits of membership.

“We are being ambitious but make no apologies or concessions for this. If we succeed we will double the size of the sector with all resultant benefits for the economy, businesses, job-seekers and consumers alike,” concludes du Toit.

“The Union Budget can be termed as growth oriented and has taken incremental measures to strengthen MSME sector. The decision to reduce tax rate for small firms with turnover up to Rs. 50 crore from 30 percent to 25 percent will boost the upcoming players,” said Chadha.

“Finance Minister Arun Jaitley, in his Budget Speech, mentioned that government’s focus will be on energizing youth to reap benefits of growth and employment. Also, Jaitley informed about 36 percent increase in FDI flow with robust Foreign exchange reserve availability with the government. These are great signs for the growth of Indian economy and motivating factors for the development of the Direct Selling Industry,” said IDSA Chairman, Jitendra Jagota.

“In the recent past, the Industry witnessed a line of positive developments, including Model Guidelines on Direct Selling by Department of Consumer Affairs, which boosted the confidence of the Industry. Thus, many foreign companies are slated to foray into the Indian market. Not only that, the current MNCs operating in the country are also expected to increase investment in the country and looking forward to set up manufacturing units in India,” added Jagota.

Furthermore, Chadha appreciated the Government’s thrust on skilling youth and enhancing their employ-ability potential, as well as Jaitley’s announcement to set-up ‘Skill-Centers’ across the country, giving further push to government’s ‘Skill India’ campaign. “Direct Selling Industry welcomes and supports the move as Direct Selling being one such Industry which imparts skill to its work-force. Direct Selling Industry is playing a vital role in empowering millions in India by transforming unskilled people to skilled work-force and the entrepreneurs of tomorrow. Direct Selling contributes to the enlistment of millions of people associated with this Industry by imparting knowledge, skill and training”, added Chadha.

How to success in direct selling business by Shiv Khera.

NEW DELHI: After packaged food industry and street food vendors, the food safety regulator is set to tighten the noose around direct selling companies and agents.

The Food Safety and Standards Authority of India (FSSAI) has issued draft guidelines proposing to make it mandatory for such companies to seek regulatory nod before launching or selling food products in India.

“It is necessary to ensure that direct selling food business operators have the mechanism to help consumers on issues related to safe and wholesome food,” the draft guidelines say.

Direct selling food business operators will also need to update approvals on a quarterly basis, along with details and identities of the sales force. According to the draft guidelines, the direct selling food business operators would have to maintain proper records, either manually or electronically, of their business dealings, with complete details of their products, services, terms of contract, prices, income plan and details of direct selling agents among others. Companies will need to take undertakings of their agents and be liable to sampling and inspections by authorities.

India is an unfortunate country to have such neighbours. We have to suffer and go on facing them because they will never change.Rupendra Rakshit

The industry which includes players such as Amway, Avon, Herbalife and Oriflame is pegged at Rs 8,000 crore annually. The proposed guidelines also want direct selling food business operators to spell out clear mechanisms for consumer grievance redressal and product recalls. FSSAI has sought comments from stakeholders by February 2 on the draft guidelines.

In September last year, the ministry of consumer affairs had issued regulatory guidelines on direct selling, creating a distinction between legitimate direct selling and fraudulent schemes.

“It is necessary to ensure that direct selling food business operators have the mechanism to help consumers on issues related to safe and wholesome food,” the guidelines say.

All food business operators will need to take relevant FSSAI licenses, to be updated on a quarterly basis, along with details and identities of the sales force. Companies will need to take undertakings of their agents and be liable to sampling and checks by the authorities.

It has also made it necessary for companies such as Herbal Life Mi Lifestyle and Amway to have a grievance redressal mechanism.

The guidelines also include compliance with recall orders for companies and their agents. In September last year, the Ministry of Consumer Affairs had issued regulatory guidelines on direct selling, aimed at creating a distinction between legitimate direct selling and fraudulent schemes.

At Rs 8,000 crore, the direct selling industry includes players such as industry leader Mi Lifestyle, Amway, Avon, Herbalife and Oriflame, among others.
The food regulator has also been focusing on improving hygiene practices and safety standards among street vendors and spreading awareness about food safety.

In September, the food safety regulator had issued draft norms under which online food business operators will have to obtain licence from it for the entire supply chain.

FSSAI, which came to limelight in August 2015 after it banned Nestle’s instant noodle brand Maggi on allegations that it had lead and mono sodium glutamate over permissible limits, has also issued a series of guidelines related to additives over the past few months.